Just in Time? The Decision to Move to Assisted Living 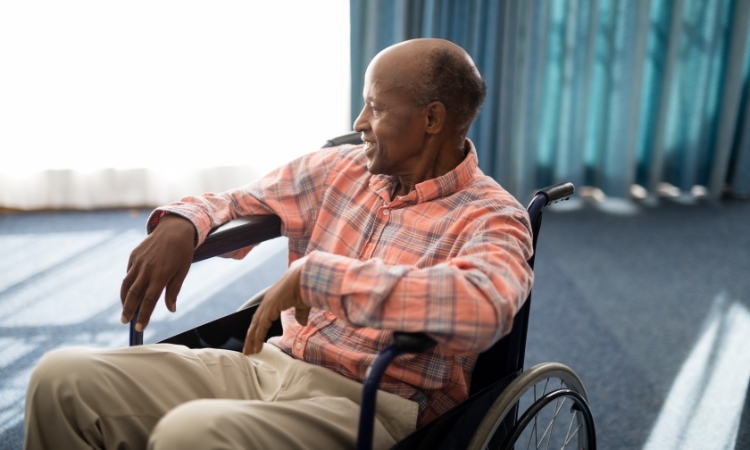 I have always considered my dad a person who was willing to plan ahead and think outside the box. So 20 years ago when he informed me that he had purchased “long-term care insurance” I must admit that I was intrigued, as I had no idea as to what he was talking about. At the time of his long-term care purchase, both of my parents were in their early 60s and in relatively good health.

Unsure as to what he was referring to, I had to dig a little deeper to better understand this concept that was new to me. As my parents approached their late 70s, they became actively involved in seeking out retirement communities for the day when living at home would no longer be an option.

My mother’s health had deteriorated due to a rare illness – myositis, which takes on many of the similar traits as Lou Gehrig’s disease. It’s very difficult to watch your parents age, but I was impressed that as compared to their peers, their end-of-life planning and preparation was light years ahead of almost all of them.

But like most seniors, they loved their home and wanted to maintain their independence as long as possible. Finally, my dad announced that it was time to make the move to a CCRC (continuing care retirement community) and that he and mom had selected exactly where they wanted to go.

The process of selling their home, giving away most of their belongings, and saying goodbye to the neighbors was not an easy season. However, the community where they were moving was very accommodating, and once the house sale was finalized everything happened very quickly. I remember the conversation my father and I had the night that he and my mom moved into their independent living apartment.  “We should have made this move two years ago,” he said.

While I couldn’t have agreed more, I knew that no move was going to happen until they decided the time was right. Upon getting up from the table at their second dinner in the community dining room, my mom’s right leg broke and she fell to the floor. Her illness had progressed to such a point that her bones had become very brittle and weak and no longer could support her weight. She was rushed to the hospital and a few days later returned to the skilled nursing portion of her community.

Independent Living is No Longer An Option

Now the reality of the situation became obvious to those outside the family that Mom could no longer perform most of the activities of daily living and would be required to convalesce in the skilled nursing unit until she got better. However, the new reality soon became apparent – it was unlikely she would ever really get better and that living independently was no longer a viable option.

My parents now have the unenviable task of living apart after 58 years of marriage. My dad will stay in their independent living apartment while my mom will have to move again to the assisted living unit. After my mom’s morning routine is completed my dad will come and get her, wheel her back to their apartment for the better part of the afternoon. Physically he cannot perform the necessary tasks required to properly take care of my mom, so this is their best option.

While not an ideal arrangement, it is certainly better than living in two completely different communities that wouldn’t afford them the opportunity to spend at least a portion of every day together. To the outside observer, my parents made this move just in time.  But to those of us on the inside, we would have to agree with my dad’s initial statement on move-in day that this move was two years too late. Instead of enjoying their days and evenings together in their independent apartment, they must now shift their thinking to those few hours that they have together every afternoon.

On a positive note – my dad’s foresight in purchasing long-term care insurance has paid off. The additional cost of my mom’s care is covered and will not place them in financial hardship. Also, their forward thinking has them both living in a community of their own choosing and allows them to spend time together every day and there’s something to be said about that.

More
Advisors
Trending
Just in Time? The Decision to Move to Assisted Living
Assisted Living Residence vs Nursing Home
My Life is a Junk Drawer
What Does a Senior Placement Service Do?
Categories